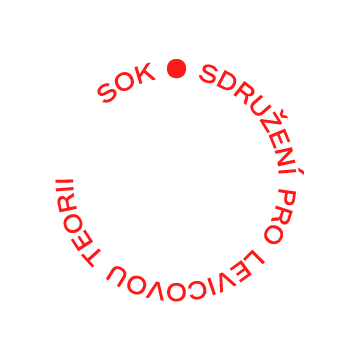 Článek • The Undead Lenin. The 90th anniversary of October

Slavoj Žižek • The Undead Lenin. The 90th anniversary of October

“Judging by the surroundings, it was on a ship, on the third-class deck. Lenin was lying in a bunk; I was either standing or sitting near him, I am not sure which. He was questioning me anxiously about my illness. ‘You seem to have accumulated nervous fatigue, you must rest…’ I answered that I had always recovered from fatigue quickly, thanks to my native Schwungkraft, but that this time the trouble seemed to lie in some deeper processes… ‘then you should seriously (he emphasized the word) consult the doctors (several names)…’ I answered that I already had many consultations and began to tell him about my trip to Berlin; but looking at Lenin I recalled that he was dead. I immediately tried to drive away this thought, so as to finish the conversation. When I had finished telling him about my therapeutic trip to Berlin in 1926, I wanted to add, ‘This was after your death’; but I checked myself and said, ‘After you fell ill…’”

So what does it mean that Lenin doesn’t know he is dead? There are two opposed ways to read Trotsky’s dream. According to the first reading, the terrifyingly-ridiculous figure of the undead Lenin signals his lack of awareness that the immense social experiment he single-handedly brought into being ended in the Stalinist catastrophy: terror and unheard-of mass suffering. The dead Lenin who doesn’t know that he is dead this stands for our own obstinate refusal to renounce the grandiose utopian projects and accept the limitations of our situation: Lenin was mortal and made errors like all others, so it is time for us to let him die, to put to rest this obscene ghost which haunts our political imaginary, and to approach our problems in a non-ideological pragmatic way.

There is, however, another sense in which Lenin is still alive: he is alive insofar as he embodies what Alain Badiou calls, in his unashamedly Platonic way, the „eternal Idea“ of universal emancipation, the immortal striving for justice that no defeats and catastrophies manage to kill. One should recall here Hegel’s sublime words on the French Revolution from his Lectures on the Philosophy of World History:

“It has been said that the French revolution resulted from philosophy, and it is not without reason that philosophy has been called Weltweisheit /world wisdom/; for it is not only truth in and for itself, as the pure essence of things, but also truth in its living form as exhibited in the affairs of the world. We should not, therefore, contradict the assertion that the revolution received its first impulse from philosophy. /…/ Never since the sun had stood in the firmament and the planets revolved around him had it been perceived that man’s existence centers in his head, i.e. in thought, inspired by which he builds up the world of reality. /…/ not until now had man advanced to the recognition of the principle that thought ought to govern spiritual reality. This was accordingly a glorious mental dawn. All thinking being shared in the jubilation of this epoch. Emotions of a lofty character stirred men’s minds at that time; a spiritual enthusiasm thrilled through the world, as if the reconciliation between the divine and the secular was now first accomplished.”

This, of course, did not prevent Hegel from coldly analyzing the inner necessity of this explosion of abstract freedom to turn into its opposite, the self-destructive revolutionary terror; however, one should never forget that Hegel’s critique is immanent, accepting the basic principle of the French Revolution. And it is exactly the same that one should do apropos the October Revolution: it was the first case in the entire history of humanity of the successful revolt of the poor and exploited – against all hierarchic orders, egalitarian universality directly came to power. The revolution stabilized itself into a new social order, a new world was created and miraculously survived, amid unthinkable economic and military pressure and isolation. This was effectively “a glorious mental dawn. All thinking being shared in the jubilation of this epoch.”

A couple of years ago, John Berger made a salient point apropos of a French publicity poster of the internet investment brokers’ company Selftrade: under the image of a hammer and sickle cast in solid gold and embedded with diamonds, the caption reads “And if the stock market profited everybody?” The strategy of this poster is obvious: today, the stock market fulfils the egalitarian Communist criteria, everybody can participate in it. Berger indulges in a simple mental experiment, asking us to imagine a communications campaign today using an image of a swastika cast in solid gold and embedded with diamonds - it would of course not work, since, as Berger pointed out, “the Swastika addressed potential victors not the defeated. It invoked domination not justice.” In contrast to it, the Hammer and Sickle invoked the hope that history would eventually be on the side of those who struggle for freedom and justice. The irony is thus that, at the very moment when this hope is officially proclaimed dead by the dominant ideology of the “end of ideologies,” a paradigmatically “postindustrial” enterprise (is there anything more “postindustrial” than dealing with stocks on the internet?) has to mobilize this dormant hope in order to get its message through. The task remain to repeat Lenin: to give new life to this hope which continues to still haunt us.

One cannot separate the unique constellation which enabled the revolutionary takeover in October 1917 from its later Stalinist turn: the very constellation that rendered the revolution possible (peasants’ dissatisfaction, a well-organized revolutionary elite, etc.) led to the Stalinist turn in its aftermath - therein resides the proper Leninist tragedy. Rosa Luxembourg’s famous alternative “socialism or barbarism” ended up as the ironic identity of the two opposed terms: the “really existing” socialism WAS barbarism.

Consequently, to REPEAT Lenin does not mean a RETURN to Lenin - to repeat Lenin is to accept that “Lenin is dead,” that his particular solution failed, even failed monstrously, but that there was a utopian spark in it worth saving. To repeat Lenin means that one has to distinguish between what Lenin effectively did and the field of possibilities that he opened up, the tension in Lenin between what he effectively did and another dimension, what was “in Lenin more than Lenin himself.” To repeat Lenin is to repeat not what Lenin DID, but what he FAILED TO DO, his MISSED opportunities. Today, Lenin appears as a figure from a different time-zone: it’s not that his notions of the centralized Party, etc., seem to pose a “totalitarian threat” - it’s rather that they seem to belong to a different epoch to which we can no longer properly relate. However, instead of reading this fact as the proof that Lenin is outdated, one should, perhaps, risk the opposite conjecture: what if this impenetrability of Lenin is a sign that there is something wrong with OUR epoch? What if the fact that we experience Lenin as irrelevant, “out of sync” with our postmodern times, impart the much more unsettling message that our time itself is “out of sync,” that a certain historical dimension is disappearing from it?